Battle of Spouts: Comparing Pull-Out Taps So You Don’t Have To 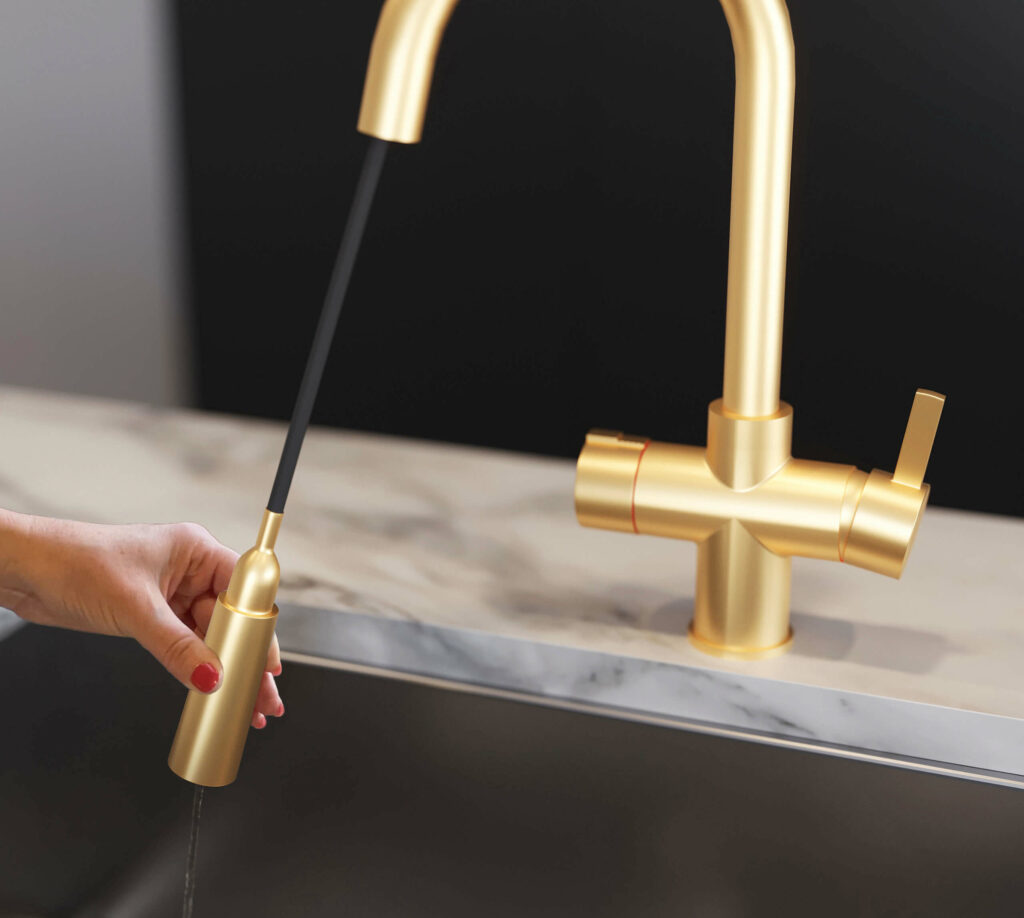 Building, renovating or upgrading a kitchen in this day and age opens a whole world of possibilities. With thousands of choices at your fingertips, designing a functional and beautiful kitchen means you’ll find yourself making decisions and comparisons at every turn. When it comes to details like kitchen taps, it pays to not make them an oversight. While aesthetics are important, the kitchen plays a central role in the day-to-day life of your home, making functionality an equally crucial design aspect.

Pull-out taps are becoming increasingly popular, thanks to the added versatility they bring to a kitchen worktop. The number of different brands and styles on the market can be overwhelming, however, we’ve made things straightforward by looking at some of the most popular; breaking them down to save you time and money. Read on to see how the Quooker Flex, Fohen Flex and our Platinum 4-in-1 tap stack up.

Side-by-side, it’s easy to see which pull out tap is more budget-friendly. At almost £250 cheaper than the Fohen Flex, and £551 cheaper than the Quooker flex, our Platinum 4-in-1 is hands-down the winner here. So, whether you’re replacing your current tap or completely redesigning your kitchen, our Platinum range could fit neatly into a modest budget - saving you money that you could use for renovations elsewhere.

All of the taps in our comparison can dispense multiple types of water, but let’s compare what they can do:

All three can dispense cold, hot and boiling water, though the Platinum has the added bonus of dispensing filtered cold water, providing spectacularly clean water straight from the tap. The Quooker flex can also offer sparkling water, by installing a CUBE at an added cost of £1,150 (as of July 2022).

When people hear that you can access boiling water straight from the tap, safety concerns can sometimes spring to mind. While research from the Dutch Burns Foundation concluded boiling water taps to be safer than kettles, keeping children and pets safe from hot water is an important concern. Fortunately, all three of these pull-out taps have a safety mechanism to prevent children from accessing boiling water. In addition, the Quooker Flex model has a safety stop that prevents boiling water from being used when the spout is pulled out.

Appearance is what ties your kitchen together, so here we’ll compare the tap finishes to help you build a cohesive look:

While all three offer a variety of finishes, the Quooker Flex stands out as offering only three while the Platinum 4-in-1 and Fohen Flex offer four. So, if your home has a specific style, consider which finish you’ll need to tie your kitchen together.

All in all, these three pull-out taps all offer similar appearances and features. The deciding factor may come down to cost, which our Platinum model is unbeatable on. Take a look for yourself to see why this best-selling tap is so popular with homeowners. Alternatively, take a closer look at our full range of boiling water taps in our tap comparison guide.