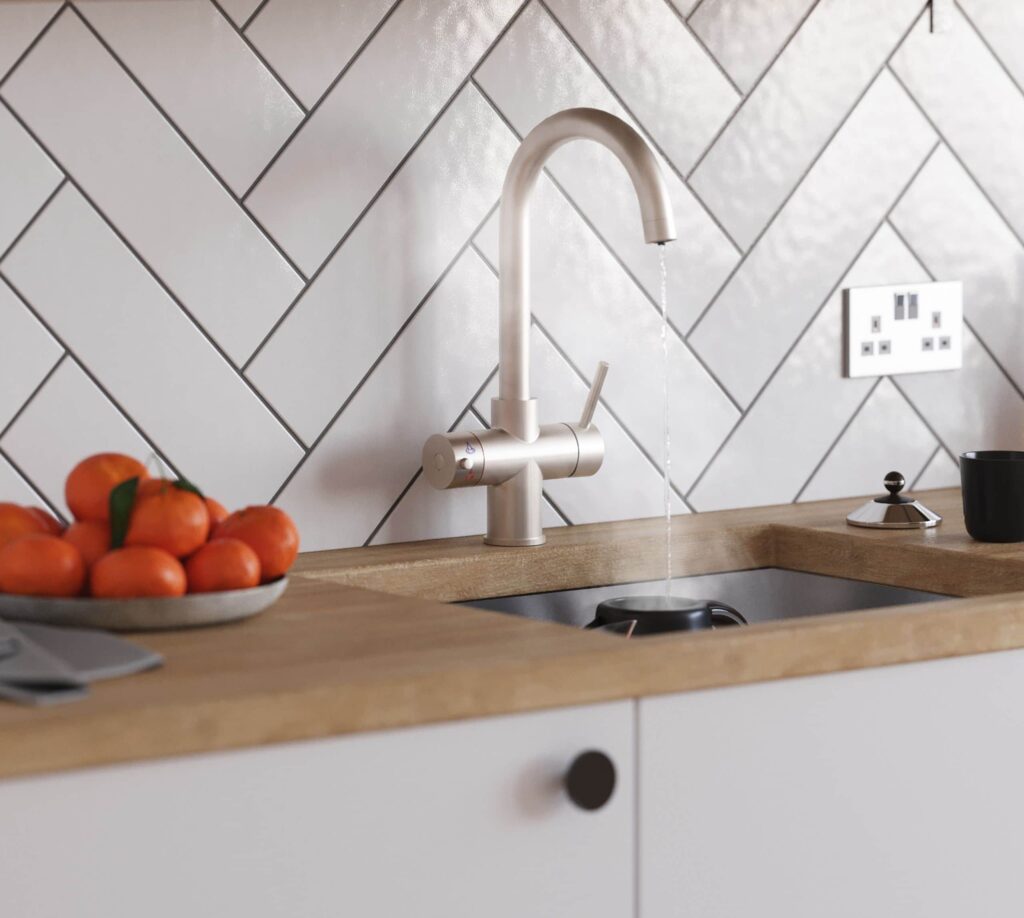 Are you looking for a stylish and functional way to access boiling water from your kitchen taps? 3-in-1 and 4-in-1 taps may be the perfect solution - but what's the difference? What are the benefits and costs of each? We're here to help shed some light so you can make the best decision for your home. 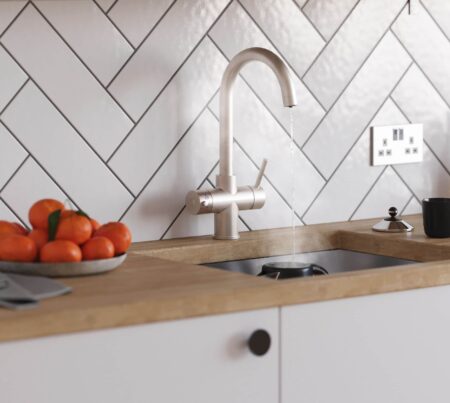 The main difference is that a 3-in-1 tap dispenses hot, cold and boiling water, while a 4-in-1 tap dispenses hot, cold, boiling and filtered cold water. This means that 3-in-1 taps are best suited for homes that don't need filtered water, while 4-in-1 taps offer the added convenience of being able to filter your cold drinking water. Of course, 4-in-1 taps usually command a higher price than a 3-in-1 model, so it's important to consider your budget, too.

Benefits of a boiling water tap

One of the major advantages of having a boiling water tap is the convenience it offers. With a boiling water tap, you have instant access to hot water whenever you need it. This means no more waiting for the kettle to boil or having to micromanage your hot water supply. If you need hot water for cooking, cleaning, or drinking, all you have to do is turn on the tap and let the boiling water flow.

Boiling water taps are designed to be energy efficient, using an insulated boiler tank that prevents heat loss and only dispensing the exact amount of water required. If you boil the kettle two or three times a day, you're likely to see a small energy saving. And if you opt for a compact, energy-efficient and insulated boiler tank (such as our 2.4Ltr model), it could make a bigger difference to your energy bill in the long run.

Another advantage of owning a boiling water tap is that it can help save space in your kitchen. Kettles can be bulky and take up valuable counter space. Boiling water taps, on the other hand, are sleek and compact, and can easily be installed under your kitchen sink or in another out-of-the-way location. This frees up valuable counter space for other things like prep work or dining.

Last but not least, one of the biggest advantages of having a boiling water tap is that it can help save time. Boiling water taps dispense hot water instantly, which means you don’t have to wait for the kettle to boil. This can save you precious time in the morning when you’re getting ready for work or school, or every night when making hot drinks, cooking dinner or cleaning.

How does a boiling water tap work? 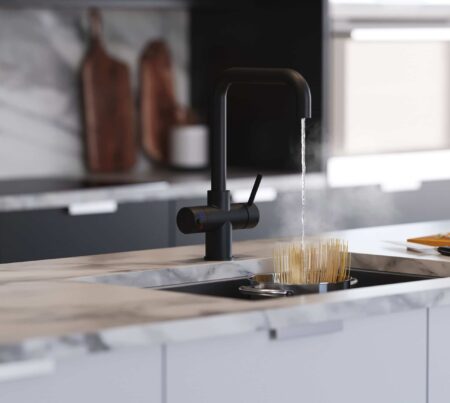 Boiling water taps are becoming more and more popular as advances in technology are making them both convenient and cost-efficient. A boiling water tap comes with an insulated tank that is fitted into the kitchen cupboard below. This tank holds and maintains a constant supply of boiling water, ready to be used whenever the handle is turned on the top itself.

If you want to know about boiling water taps' mechanism, boiling water taps generally use a combination of a thermostat and a heating element to ensure the temperature of the water is exactly where you want it, be that boiling or something lower. This means they can be used for a range of activities such as making hot drinks, defrosting food, sterilising utensils, blanching vegetables and even washing dishes more quickly. Not only will boiling water taps save time but they also work out to be cheaper in the long run due to energy efficiency and less wasted water. Advanced models even have filtration systems so you can have clean and healthy water on tap!

How are boiling water taps installed?

Installing a boiling water tap in your home or workplace can be both a time saver and an energy saver, but installation may appear intimidating or difficult. However, this is not the case. To install a boiling water tap, you simply need to attach your boiler tank to the mains, attach the provided filter and then attach this to the tap. If you're inexperienced in plumbing or electricals, we advise using a plumber.

Is a boiling water tap safe?

A boiling water tap is one of the safest options for your home when it comes to instant boiling water. Boiling water taps typically offer an insulated spout, temperature control, safety mechanisms and different flow settings. With proper installation and precautions taken when using boiling water taps, they can provide safe and reliable hot water on demand at all times.

How much do boiling water taps cost to run?

Boiling water taps are an increasingly popular kitchen fixture that offer convenience and style in abundance. But one important factor we often overlook is the cost of running them. Although the initial cost of buying a boiling water tap may be high, running costs don’t always have to be.

Depending on the type of tap you buy, you may find you can regulate how much hot water you use, meaning your energy bills will stay low. Opting for a top-of-the-range model with all the bells and whistles may be expensive to buy, but often comes with plenty of features designed to help lower energy bills - so, in the long run, it could save you money.

So, what's the verdict? In general, 3-in-1 taps are the most cost-effective option because they're cheaper. However, 4-in-1 taps have benefits that may make them worth the extra cost for some homeowners. If you're unsure which type of tap is right for your home, consult with a plumbing professional to get their expert opinion.

We’re proud to stock a huge range of boiling water taps at affordable prices, with a full spectrum of finishes and styles.

How to Clear a Stubborn Kitchen Sink Drain (5 Easy Methods)

11 Christmas Decor Ideas for Your Kitchen This Year